The U.S. vs. Europe – What’s the Difference? 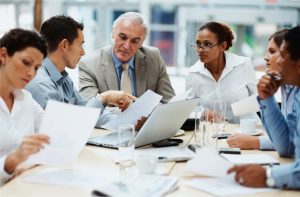 The U.S. vs. Europe – What’s the Difference?

For as long as I can remember, I’ve been told it’s beneficial to gain international life sciences experience. In 2014, I had the opportunity to move to London, the global headquarters of my last company. After 17 years of working in the United States, I made the decision to cross the pond. For this article, I want to explore some areas that trip up many Americans when they make this journey, as well as how the training industry can benefit from working with their global colleagues.

When joining a new company in the U.S., it typically takes a few weeks to a few months to make connections. By the six-month mark, you are comfortable in your role and have some people you really trust. In Europe, particularly England, it is different. It takes much more time to build trust and show your loyalty.

I had to take a different approach with everyone I communicated with. Colleagues from the Nordics and the Netherlands were extremely direct. The Brits were disarmingly polite until they got to know you. Southern Europe was more casual in its approach, whereas Northern Europe was more rigid.

If you are at a networking event in the U.S., a typical question is “what do you do?” or “who do you work for?” This is not the way to warm up a European audience, regardless of where they live. From a European perspective, Americans are not well-traveled and have minimal knowledge of global politics or events. During the U.S. presidential election in 2016, I observed a training manager from France educate an entire room on what Super Tuesday was. Before making a trip, make sure to buff up on the local politics, news and events. Work discussions will come after that.

I was asked by a U.S. colleague to mentor a woman, working in the London office, who reported to him. I met with her a few weeks later, and when I asked about her relationship with her manager, I sensed something was off.

She finally admitted that she hated the way he communicated with her over email. She stated that he would address emails to her by simply stating her name, instead of including a salutation before her name. Being American, I did not understand the problem as this is routine. She proceeded to tell me how rude it was and that she did not appreciate being addressed “like a dog.”

Note to Americans: When communicating with colleagues in offices outside of the U.S., you will be best served to include “Dear” or simply “Hi” before the person’s name you are emailing. Written communication can be challenging enough; it’s probably best not to insult someone in the first line of an email.

While we are on the topic of written communication, let’s spend a moment on the word “cheers.” In America, we use this with excitement typically at the end of a toast. In the UK, it is a very casual version of “thank you” and is usually only used between parties that know each other. If you are going to finish off your email with “cheers,” use a comma and not an exclamation point. Otherwise, you come off as too American.

Someone is always on vacation when you work in an international setting. It may  be a weekend getaway, a week-long road trip with the family or a three-week vacation toward the end of July to mid-August. I know several people who took more than one two-week vacations a year. That would be unheard of in the States.

When I was in the U.S., I received about 22 vacation days, including a holiday shutdown during Christmas. I received 26 in London. In England, the main difference is not the days granted, but the percentage of days left at the end of the year. Almost everyone used all of their days, including me. More than that, people were proud to tell you how much vacation they took.

I have to mention France here, because it is an outlier on vacation. At my last company, employees in France receive nine weeks of holiday per year and they take all of it. It is common for many employees in senior manager roles to want to be promoted to the next level, but not always in France. If someone receives this promotion, they will only have seven weeks of holiday. This would clearly be unacceptable.

My key takeaway from this is more time off leads to a better work/life balance. Leaders need to encourage their team to take their vacation The way leaders can show that they mean it is by taking vacation themselves. Be proud to tell people of your excursions. You are not lazy, you are simply well-traveled.

It is noticed when you are late to a meeting in the U.S. Being late is typically reserved for the highest-ranking person at the meeting, so it is easily forgiven. If someone at a lower level is going to be late, there is usually a text or email sent alerting the team.

This is simply not the case in Europe. Timeliness often depends on whether you are from Northern or Southern Europe. I have waited on conference calls for 10 minutes with Southern European colleagues. This is normal, just like eating dinner between 9 and 10 in the evening. It’s hard not to take this personally, but it’s not personal, only different cultural nuances. Not only did I fall in love with the Southern European countries and people while I was there, I also became quick to forgive tardiness.

In life sciences, we are often used to working in silos. Whether it be by department, by brand team or by your level at a company, it is a fact that it takes time to network and share ideas and information. However, that initial investment in time pays huge dividends later.

Let’s talk about product launches. In the U.S., my team had an experience where marketing struggled so much getting insights from their research that we were once pushed to develop an entire training strategy and deliverables in three months. This is simply unacceptable. Training teams should be driving this at a much earlier stage and strategically navigating the environment of being more than order-takers.

In Europe, the product launch planning is so much different. Although launches typically happen in Europe with a delay of three to six months in the major countries, the entire planning process begins much earlier. The European headquarters is responsible for the strategy and major deliverables, but all of this content has to be translated, localized and locally approved by country. This means that Europe needs to have their content ready two to three months prior to a country launch.

What would happen if trainers for launch planning worked together to plan their launches and even used the same agency for deliverables? Yes, differences would be needed in the content, but think of the resources and time you could save. Life sciences companies could likely spend up to 40 percent less on their launches if this occurred. I have seen it happen, but why not more frequently?

There are phenomenal people working in both the United States and European countries. People are passionate about what they do, excited about their work and have a common goal of putting patients first. The difference is how you approach working together knowing that every culture has its own rules of communicating.

Before working with a particular country, it would be wise to educate yourself on the nuances. Europeans will have already done this research on you.