Hall of Fame – By Tim Sosbe

The LTEN Hall of Fame was created to honor the people who’ve brought honor to the life sciences training industry, to recognize those whose work made possible the community we support today. The 2019 inductees are all deserving of the honors that will be presented to them at this year’s 48th LTEN Annual Conference.

Joining the LTEN Hall of Fame this year is a former president, a longtime LTEN veteran and two women who built companies and careers supporting the life sciences industry. The four inductees – Marjorie Brody, Frank Cirillo, Linda Morales and David Purdy – will be honored as the event kicks off on Tuesday, June 4. 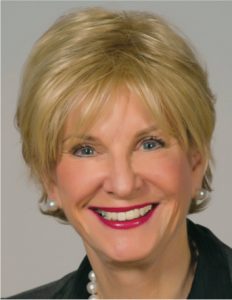 Marjorie Brody has been an LTEN member for more than 10 years, but she has been supporting the life sciences industry for much longer. Brody founded BRODY Professional Development more than 30 years ago, after a successful career teaching communications and presentation skills as a college professor.

While her company supports many different industries, about 85 percent of their work is in life sciences and remains a focus for them.

“Life sciences is our specialty,” Brody said. “This is where we see the best fit for what we do. We know the people, we can add value and we very much believe in your mission. You’re helping save lives and helping other people to have better quality of lives. That’s the bottom line. Without the work you’re doing, we wouldn’t have the quality of life that we have today. You’re saving lives. What’s better than that?”

She has also found that life sciences leaders appreciate the value and necessity of developing people, and back that support with money and time, ensuring well-trained employees. She’s honored to be included in the LTEN Hall of Fame.  “I really appreciate it,” Brody said. “I was dumbfounded truthfully. I was honored and really overwhelmed.”  Alert: Marjorie Brody will be leading a workshop session at the 48th LTEN Annual Conference, “Having the Patient Conversation Boosts Understanding & Compliance.” That session will take place at 4:00 p.m. local time on Tuesday, June 4. 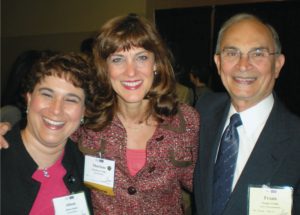 Cirillo started his life sciences career as a field manager for Dorsey Laboratories, eventually taking over the training manager role, which required him to relocate to Lincoln, NE. A colleague there told him about NSPST, and he joined the Midwest Chapter. He was elected president of that chapter, and in 1981, he ran for national president. He was elected and ended up finishing his predecessor’s term before starting his own.

Now 84 and retired, Cirillo continued his life sciences career after his NSPST presidency. Today his three daughters all work in healthcare, with Alison Quinn at Bristol-Myers Squibb, Sharlene Cirillo a pharmacist and Leslie Cirillo-Plante working in marketing and leadership development for Novartis.

From that rich experience comes some good advice.

“If you want to stay in  training, if that’s your goal, you need to make sure you’re accessing all the new tools that are available and making sure you utilize all the skills you’ve developed,” Cirillo said.

On his induction to the LTEN Hall of Fame, Cirillo was shocked and pleased.

For Linda Morales, life sciences learning has been a part of her whole career, from her days as a representative to serving as director of training for Parke-Davis. She was in that role when she began her involvement with LTEN back in the NSPST days. Then, in 1995, she “went to the dark side” and started her own company, Healthcare Innovations (HCI).

“Truly this has been the main thing I’ve done my whole life, learning and training, and the pharmaceutical industry has been my whole career,” Morales said.

Naturally, She has seen the industry change significantly since launching her company nearly 25 years ago. She has seen LTEN change as well.

Morales, who regularly attends and exhibits at the LTEN annual conference, remembers when the expo hall was basically card tables with little paper signs. Now, of course, the Learning Village has evolved into a gathering place with professional booths delivering multimedia experiences.

Her LTEN experience has helped her keep connected and involved.

“I’m a lifelong learner and I think probably most of the people who are LTEN folks are in that same boat,” she said. “We love to learn new things and that’s where we do it, at LTEN.” 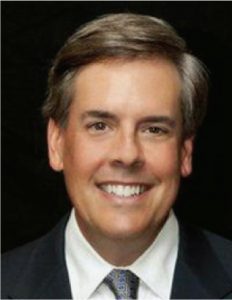 David Purdy first became involved with LTEN – then NSPST – when he was invited to present at the annual conference in 1991. He came back as an attendee the following year, and for the next 26 years in a row. Even before suppliers could be members, Purdy was engaged and involved.

Purdy, the president of Psychological Consultants Inc. (PCI) until his retirement at the end of 2018, spent his career working with clients in various industries, but enjoyed his life sciences work the most.

“These were companies that really supported learning & development. They had bright, capable people who were enthusiastic and fun to work with,” he said. “We really made the conscious effort to focus on this industry because it was one that we enjoyed. I think it was a good strategy.”

In addition to supporting LTEN, the conference and members, Purdy also served on the LTEN Advisory Council for several years. He’s also a strong ambassador for the annual conference. Everyone, he said, should put the conference on their calendars and plan to come early and stay for the entire event. You can learn, he said, as well as meet people and make connections in the Learning Village exhibit hall.

Purdy’s pleased with the Hall of Fame honor, and to join a prestigious group of life sciences professionals. He’s also excited to come to this year’s conference with his wife Lynn and to see everyone one more time.

“I’m really looking at this as a wonderful culmination to my career,” Purdy said.  “I’m extremely grateful to the board for wanting to honor me this way.”