Coaching is a key indicator for front-line leader effectiveness and for improving team performance, which is why so many life sciences training organizations embed coaching models into their management and leadership development programs.

Recognizing the value of coaching was just the beginning. —Seth Borsuk

Back in 2017, Jason Zeman, Senior Director, Leadership & Organizational Development for Bausch Health (then part of Commercial Learning & Development, Valeant Pharmaceuticals) and his team were looking for a way to contribute to the transformation of Bausch. 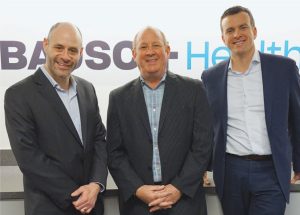 From an organizational perspective, Joe Papa, CEO of Bausch Health, was leading 22,000 employees on what he calls, “the turnaround opportunity of a lifetime.” The company’s transformation is gaining momentum on several fronts, and today, employees feel empowered to look for ways to contribute to the transformation, always with an eye toward achieving our vision to be the most trusted health care partner and our mission to improve patient’s lives.

Recognizing the value of coaching was just the beginning. Armed with industry data showing coaching has a 1.5 to 2.1 times greater impact on business results and brings other secondary benefits, including higher customer loyalty, higher productivity, higher return on investment in sales and lower turnover, Zeman and his team set out to create a program that people have never seen before.

“We had not had at Bausch Health a coaching model,” Zeman said. “We were using other leadership models in one of our front-line leader programs called management essentials, but as we thought about the role of a frontline leader, the leadership model we were using was not the best fit for what occurs pre-call and post-call between the front-line leader and the sales representative.  So, along with Seth Borsuk and Mike Tryba, both senior managers of leadership and organizational development at Bausch Health, we began our quest to first identify the coaching model that would be the best fit for the role of a front-line leader.”

Since Zeman, Tryba and Borsuk have been in the life sciences industry for more than 20 years, they knew most of the coaching models out there until they learned about the DEVELOP coaching model through Relevant Solutions, owned by partners Joe Sebra and Mike McGinley. 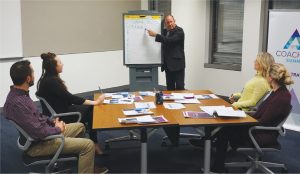 Michael Tryba leads a class at the Coaching
Summit.

To ensure they had the right model that could transcend eight business units, which was a mix of pharmaceutical, equipment and device, they invited front-line leaders from most of those business units to a Coaching Advisory Meeting in November 2017, said Zeman. The objectives were to understand the expectations of what great coaching is to the call and gain alignment on the proposed DEVELOP coaching model.

When the 2018 Spring summit began, only one business unit was delivering organic growth. As of Q3 2018, all four segments were.

Creating a Culture of Coaching & Accountability

Zeman envisioned the plan to create the new coaching and accountability culture with Tryba and Borsuk. 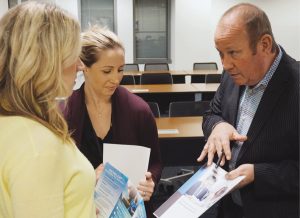 “We thought the timing was ideal,” he added. “We had just moved in to human resources, reporting up to the chief human resource officer, Kelly Webber. The three of us brainstormed and said, ‘let’s do something courageous, which is a value of the organization. Let’s train the entire U.S. commercial sales leadership team on a new coaching model. Let’s work to develop the most professional coaches in the industry who will become masters of their craft.” 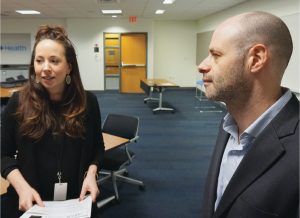 “Coaching is just as important as selling and, as such, there should be a coaching certification led by the second-line leaders/directors,” Zeman said.  “For those people, probably 80 percent or more, it was the first time they were ever certified in coaching and I think that really took it to the next level,” Tryba said.

“If we think about real, professional certified coaches through the International Coaching Federation, which is the gold standard, we know that they spend thousands of hours honing their craft. They learn and practice helping others improve their skills and reach their goals. We know we currently spend many hours honing our selling skills, including front-line leaders, already at BHC  through sales POAs, so these summits are like coaching POAs where we devote time to strict coaching skills so they can receive the same intense training that professional coaches receive. Let’s not assume our managers have good coaching skills, there needs to be shared commitment, and we can skill up what’s needed,” said Borsuk.

One of the challenges, Tryba said, was integrating the various coaching styles from  the eight different Bausch Health business units. Our team chose the DEVELOP model because it was a “tactical and practical” approach that could be used by all the various businesses, one that was portfolio agnostic and could be applied to any selling model (Bausch Health has two). One created internally for Rx businesses, called Catalyst, under the leadership of Pete Dzwonczyk, Sr. Director, Commercial Learning & Development, and another one licensed for the device and equipment businesses. 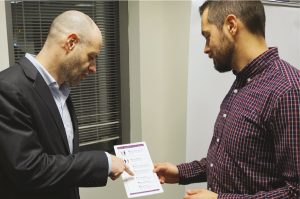 “As we got into the spring coaching summit, toward the end of the program, we saw the light bulbs go on,” Tryba said. “We saw them grasping the model and why it can be used in any selling situation and model, and how it can be used effectively, regardless of business unit. We were kind of introducing a new behavior to some people, we’re changing the behavior of other people, gradually, and we were starting a new behavior for some less-tenured managers who needed some form of structure.”

The coaching model was primarily intended for frontline leaders, second-line leaders and others all the way up to the vice president of sales, Zeman said, with secondary learners including field sales trainers and other colleagues in learning and development. Altogether, about 300 people went through the two 2018 summits.

“The key focus of the Spring summit was to ensure all front-line leaders were coaching at the basic level. It was a new model. Then in the fall, the focus was on moving the coaching capability from basic to the proficient level,” Borsuk said. “The way we see mastery is that it’s a path, it’s a coaching journey. We’re committed to enabling our U.S. commercial sales leadership team to become master coaches, but recognizing there’s a time, financial, and resource investment that goes into that. Our goal is to have Bausch Health Company leaders be master coaches in 2020.”

If that sounds ambitious, it’s because it is.

The new journey to mastery has been aided by top-level support from Bausch Health leadership.

“We’ve talked a lot about the why behind it, and who was involved, but one really important thing we did was we ensured it was top-down buy-in and top-down support,” Zeman said. “To the point where Joe Papa recorded a video for the Spring coaching summit welcoming all leaders and supporting the DEVELOP coaching model. It was really powerful to have the CEO essentially endorsing the vision that we had to create this culture of coaching and accountability. It was just amazing to see that topdown.”

“Joe is a very strong proponent of people development. Not just in the field. In the building, in the field, everywhere in the U.S. and globally,” Tryba said.

Zeman met with general managers of Bausch Health companies to walk them through the coaching summit and other leadership development plans, to help build support and sustainability. Then they gained the alignment of the heads of sales across the business units to share the objectives and their role in partnering with the team to execute this program with excellence.

“The BHC Leadership and Organizational Development Team consistently delivers high value and strategic training to help our Surgical team achieve our potential. As an example, in 2019, we have introduced and aligned with the DEVELOP Coaching model as a key strategic initiative to help our front line managers be more effective in coaching and developing our sellers (representatives) to deliver a significant increase in our sales revenues and achieve our vision of being the best ophthalmic surgical sales team in the industry,” said Tom Daniells, head of sales  for Bausch + Lomb surgical.

What’s most important is it’s working.

From a business standpoint, Zeman said, when the 2018 Spring summit began, only one business unit was delivering organic growth. As of Q3 2018, all four segments – Bausch + Lomb International, Salix, Ortho Dermatologics, and Diversified Products – were. While coaching isn’t the only factor in that success, it’s certainly something that contributed to better call execution in the field. In addition to improved engagement and financial performance, the company has also received positive feedback from sales leadership. The coaching summits implemented by Zeman and his team challenged frontline leaders to try new approaches and techniques when with representatives in the field.

“We have seen the productivity of coaching time really increase as ultimately it has led to stronger self-coaching on a daily basis by representatives and better performance with customers,” said Brent Lindsey, head of sales for Bausch + Lomb Ophthalmology Rx.

“While we’re trying to develop the most professional master coaches in the industry, we’re also trying to develop our sales representatives to be the best self coaches. So the beauty of the model is it can also be used by sales representatives as a model to self-coach when they are not with their front-line leader. That’s rare. With a lot of the coaching models out there, you don’t see that inverse relationship able to occur. The short answer is the feedback from everyone that either uses or has been impacted by the model has been positive,” said Tryba.

“One of the best investments we can make is spending time improving our coaching skill set; the summits provide us a unique forum to learn from our peers across all business units and practice these key skills with our teams every day,” said Michael Niezgoda, regional director, Ortho Dermatologics.

The next step for the coaching model is to go global, to scale the U.S. coaching summits around the world – Bausch Health has 2,000 commercial sales professionals in the United States, but more than 6,000 abroad.

“The same kind of dynamic occurs around the world between front-line leaders and sales representatives,” Zeman said. Regardless of when and where they host a coaching summit, sustainability is just as important as the event.

“There was no stone that we didn’t unturn because we wanted to ensure the highest level of success for these coaching summits,” Zeman said. “We provided a sustainability kit for the front-line leaders and second-line leaders that included slides to introduce the DEVELOP model to their sales representatives, FAQs and a 3-in-a-car best practice guide.”

In closing, the coaching summits have demonstrated the commitment of Bausch Health to the development and improvement of the field sales organization – both managers and sales representatives. The summits focused on enhanced coaching skills using the DEVELOP coaching model, introduced new leadership development offerings to support ongoing leadership development and offered a great opportunity to network and share best practices with other business unit leaders.

“The management team in our organization has demonstrated a commitment to a sustainable coaching and accountability culture. I have seen a higher level of engagement and commitment from the management team and field sales team to  improve on our commitments to patients, healthcare providers, and other stakeholders, as we continue to build an innovative company dedicated to improving people’s lives,” said Pete Essex, regional sales director, OraPharma.

“Everybody deserves a coach, regardless if a top, average or low performer, and if we combine the culture of coaching with our selling models, we’ll see a synergy that drives the adoption of the skills more successfully than expected” said Borsuk.

“Overall, the coaching summits are a wonderful reflection of the transformation taking place within our organization”, said Melissa Christy, senior director, Salix.