The intent of strategic preparation is to put yourself one step ahead of the competition.

One of the fastest growing sports in America is pickleball. However, many people are not familiar with the sport. Pickleball is a paddleball sport that combines elements of tennis, badminton and table tennis. It is a game resembling tennis in which two or four players use paddles to hit a perforated plastic ball, similar to a wiffle ball, over a net. It is a lot of fun and very competitive.

After a recent match that I played, my opponent made a comment to me. He said, “I felt like I was playing checkers and you were playing chess.” It was somewhat of a funny moment, but I explained to him that after watching his game for a couple  of minutes, I noticed that his play was very predictable.

The same can be true for many circumstances and situations in business. An interview for example, could be highly predictable. Awhile back, my son was applying for a job in Manhattan for a position in the financial marketplace. He was a little nervous about his upcoming interviews and wanted to prepare himself.

As we walked through the potential questions that might be asked of him, I said, “How do you think the interview will end?” As a young millennial, he gave me a puzzled look and said, “How should I know?” I told him we could figure that out in a couple of minutes. He was up for the task.

We brainstormed and decided on the four most likely conclusions of the interview. Once we identified the outcomes, I requested that he put percentages on the likelihood for each one (totaling up to 100 percent).

Once we completed that task, our next step was to craft out a response to move the interviewing process forward for each ending. Greater attention and emphasis were placed on the most expected outcome. This strategic approach led to a more comfortable and effective interview for my son, because he knew what to expect. In a sense, he was calm and more confident about the entire process. Fortunately, he did well enough to get offered the job he wanted.

Let’s transition to sales. If an interview is highly predictable, the same could be suggested for a sales call or customer interaction.

I believe there is a difference between pre-call planning and strategic preparation. I have noticed from my many years in sales and conducting thousands of training programs that pre-call planning is an activity that looks at what you want to say and do in the sales call or interaction. Strategic planning is more involved, requires critical thinking and can improve the outcome of a conversation.

The intent of strategic preparation is to put yourself one step ahead of the competition or the people you are interacting with. This can be a very powerful approach if combined with the right skill sets, resources and tools. Strategic planning diminishes the possibility of missing opportunities and looking back and realizing, “I should have done this or said that!”

If you have participated in sales calls and customer interactions, you can, with an 80 percent level of accuracy predict what will happen. You can pick up on individual’s tendencies. Much like in chess, you are several moves ahead of the person on the other side of the desk or end of the phone.

Initially, strategic planning can be time-consuming, however, because most customers or prospects say and do the same things, your strategic plan can be reused most of the time with only slight adjustments. Thinking ahead provides you with a great advantage. Go beyond what you want to say, present and do. Start to think, “What I can do to make the interaction more effective?”

If you can answer or prepare for the following things that will occur during the interaction, you should be at least one step ahead:

Adding the above list to your game plan will increase the likelihood for a better outcome. Strategic planning requires you to anticipate what will happen, be a critical thinker and play more chess versus checkers. But since you are getting the idea of being one step ahead, you already knew that was how I was going to end this article: 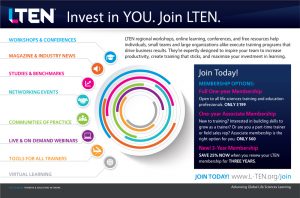