With heavy hearts and deepfelt appreciation, the LTEN Board of Directors, LTEN Advisory Council and the LTEN staff share that Chuck Pearson, Board member and executive director of commercial learning and development at Astellas, lost his four-year battle with cancer this weekend. Chuck is survived by his wife, Janice, his sons, Zach and Thomas, and many family members and friends.

Richard Sampson, president of the LTEN Board of Directors, shared these thoughts on his friend and colleague. 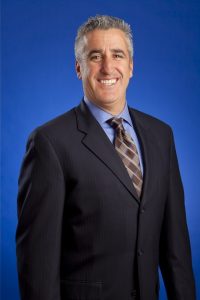 “As I think about Chuck, I think about his welcoming smile, his hearty laugh and his dedication to the training space we all love so much. I think about the texts and calls we exchanged during his illness, and even then, he was committed to giving all he could muster to our organization,” Sampson shared. “Chuck was a seasoned professional, a wonderful leader, a husband, a father and a friend.  To those of us associated with LTEN, Chuck epitomized the best of us – the blend of investing in others with the passion for what training and development can mean to an organization.”

Chuck joined LTEN in 2011 and became a member of the Board of Directors in 2016. Over the years, he’s delivered webinars, written articles for LTEN Focus publications, spoken at LTEN conferences and hosted membership mixers. The new Partner Preview programs were Chuck’s idea, a way to connect LTEN members with the supplier community to help raise the industry’s potential for everyone.

“I will forever remember the way he pursued the best for LTEN and the way we laughed and appreciated the wonderful group of people we served with on the LTEN Board,” Sampson said. “Chuck certainly gave more than he received during his five years working with the Board.  If you have attended an LTEN event, been a part of an LTEN program or have enjoyed your LTEN membership, then you, too, have been made better by Chuck Pearson.  He was the first to raise his hand, the first to offer a suggestion and the first to make sure we were doing our best for our amazing members.”

LTEN members are encouraged to visit Chuck’s page on the CaringBridge site, and to share their memories of and appreciation for Chuck’s work with his family. 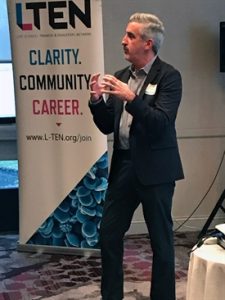 “As leaders of LTEN, we silently wish and hope for people like Chuck to come along and make our organization better. He did that, and so much more, during his time with us.  Please join us today in keeping his wife Janice, and his boys Zach and Thomas in your thoughts and prayers.,” Sampson added. “We will continue to pay tribute to Chuck at our LTEN events in 2021, as we continue to present work that he was passionate about, to the people he was passionate for and with a group of board members who became friends. Chuck made LTEN and all of us better by his very presence. Thank you, Chuck, and rest peacefully.”