The Science of Selling Science

The Science of Selling Science

If you ignore how individuals make decisions, you squander the power your data can provide.

Your product’s best scientific evidence may be falling on a provider’s deaf ears and even working against you when you don’t leverage the science of human decision-making. Regardless of background or education level, most people overestimate their ability to make rational decisions. By understanding and applying mechanisms for influence, such as cognitive dissonance, prospect theory and the principle of consistency, you can maximize your ability to ethically gain agreement.

Why do some providers seem to adhere to what might be considered outdated treatments? Numerous studies have validated the desire people have to be perceived as consistent with a stated belief, even when it’s irrational.

Healthcare providers are not immune to this drive. In Persuasion, Social Influence,
and Compliance Gaining by Robert Gass and John Seiter, the authors suggest, “Though this principle (consistency) is fairly basic, the recognition that most people strive to remain consistent in their thoughts, words, and deeds reveals a good deal about the process of social influence.”

An approach that creates “positive tension” for a provider will often backfire if the representative does not first gain an understanding of why the provider first chose their current treatment. When the initial reason for a treatment choice is understood, an effective approach might sound something like, “when you chose Brand X based on survival data, that was the best option at that time, this new treatment, Brand Y allows you to potentially increase the survival advantage for your patients again.” This approach allows the provider to remain consistent with how they made their initial decision. While it may seem subtle, it is powerful. 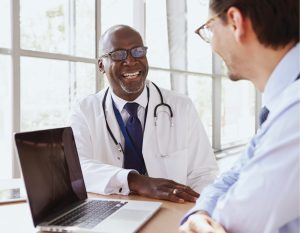 If the representative, in the previous example, had continued to push on the increased merits of their new treatment, the provider would have most likely become more resistant to the idea of change. This increased resistance can be explained by a theory called cognitive dissonance.

First introduced in 1957 by Leon Festinger, the theory suggests that once a person has made a decision they are concerned if they have made the right decision. To reduce this concern (dissonance), the person looks for evidence to validate their decision. With this in mind, one can see how providing more data to show that the provider was not making the right decision would actually be counterproductive.

In the previous example, imagine that the provider was an oncologist, who completed her fellowship at a well-respected teaching hospital and the current therapy she is using was its standard of care. Any suggestion that her treatment selection was not correct would challenge not only the therapy but possibly the institution where she trained. Rather than changing her mind based on the more “convincing” data, the provider would most likely become resistant to your approach and your data.

A more effective approach might involve the representative first recognizing the training that the oncologist underwent and her institution’s recognition as a leader in cancer care. The intended outcome would be to reduce the defensiveness (dissonance) in the oncologist and provide the representative an opportunity to present her data in a manner that was much more impactful. The representative could then align the innovative approach of her company’s therapy with the oncologist’s long-term goal of providing the most innovative cancer care for her patients. In this example, cognitive dissonance should be a cautionary tale to any organization utilizing “positive tension” as a strategy for changing habits. 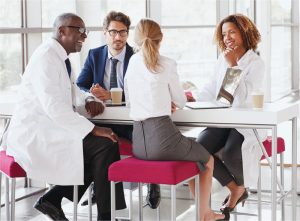 Based on this theory, an alternative approach to this oncology scenario could have been to suggest what would be lost by not using the new therapy. Rather than speak about how the new therapy provided an additional survival advantage, the representative could frame the discussion around the evidence that patients had a reduction in survival with the current therapy versus the new therapy. The doctor might have been more risk acceptant if they thought their patients would actually lose tumor control, have a reduction in survival or a worsening in their quality of life. Based on the prospect theory, these perceived losses would motivate an oncologist to change his/her current therapy.

You may be asking, “Can this really work with my doctors?” Two psychologists, Daniel Kahneman and Amos Taversky were also curious. They designed a study in 1984 where they asked two representative groups of physicians a question that provided the same outcome regarding their choice of therapy. When the question was positively asked in a way that suggested 200 people out of 600 would be saved, 22 percent of the physicians chose the risky therapy while 78 percent opted for the more conservative therapy.

However, when the question was negatively asked in a way that suggested that 400 of 600 people would die, the decision was exactly the opposite. When faced with the prospect of losing lives, 72 percent of the physicians chose the riskier therapy, even though they were face with the same dilemma. Based on this knowledge, how could you change your approach when presenting your own therapy?

In an industry that prides itself on following evidence-based research to make well informed decisions, those selling to the healthcare industry would benefit from understanding the science behind selling. If you ignore the evidence on how individuals make decisions, you will squander the power that your data can provide. Yet, through a greater understanding of influence activators such as consistency, cognitive dissonance and prospect theory, you will effectively convey the power that your data truly provides to patients and providers.

Patrick Veroneau is the founder of Emery Leadership and Sales Group. Email Patrick at patrick@emeryleadershipgroup.com. 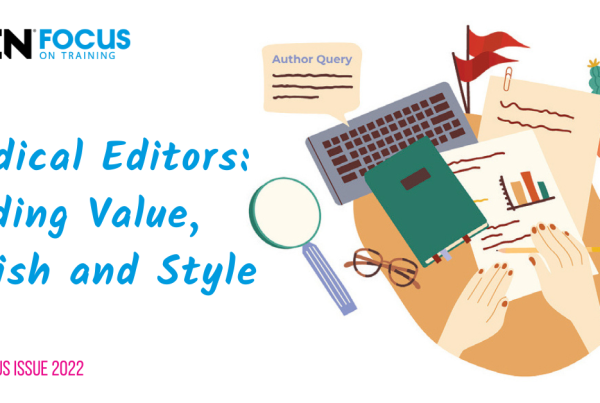 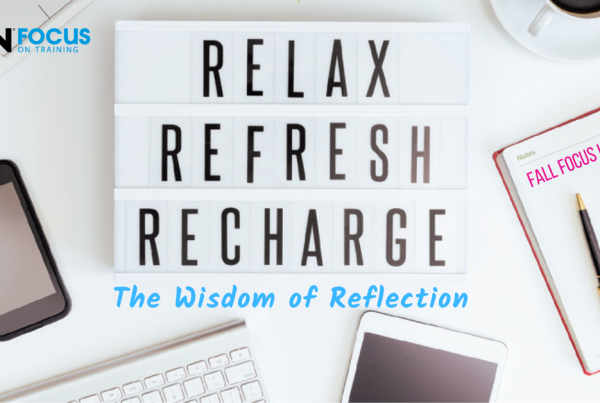