Taking the stage on the morning of Tuesday, June 4, this year’s first keynote speaker is Shawn Achor, a bestselling author and educator some people may remember from his appearances on The Oprah Winfrey Show. Achor’s work revolves around the science of happiness, how to define success and how to bring the power of positive psychology to the world.

Achor’s work has been featured on the cover of the Harvard Business Review, and he’s partnered with Yale University to research stress and the power of positivity. Achor also presented a PBS special on the topic that was viewed by millions, and he’s spoken in more than 50 countries. He’s also worked with more than one-third of the Fortune 100, as well as with the NFL, the NBA, the Pentagon and the White House.

Achor’s presentation at the 48th LTEN Annual Conference will literally help LTEN members get in the right frame of mind for the long days of learning and networking ahead. 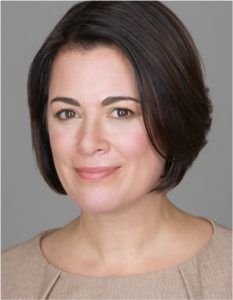 The second keynote speaker, taking the stage the morning of Wednesday, June 5, is a most impressive hero who’s sure to inspire. Malachowski is a 21-year veteran of the U.S. Air Force, now retired after breaking barriers as the first woman pilots  in the famed Thunderbird squad. She’s also a combat veteran, fighter squadron commander and she’s served her country as an advisor to the White House.

Malachowski wanted to fly military jets since she was 5 years old and saw them at her first air show. She more than met that goal, and also served the Air Force as an instructor. In addition, she’s been inducted into the Women in Aviation International Pioneer Hall of Fame.

Malachowski will inspire LTEN members with her story, as she shows firsthand the transformative power of combining vision with training.

The final keynote speaker of the 48th LTEN Annual Conference will be Seth Mattison, taking the stage the morning of Thursday, June 6. Mattison, an internationally known expert, author and futurist, focuses on key shifts happening around talent management, change, innovation and leadership.

As founder and chief movement officer of Luminate Labs, Mattison advises many of the world’s leading companies and organizations on the future of work. His clients have included Johnson & Johnson, IBM, MasterCard, the Dallas Cowboys, Pepsi and the Walt Disney Company. He’s been featured in publications such as The Wall Street Journal, Forbes, The Huffington Post and The Globe and Mail. Mattison was also recently named as one of the editors’ picks for favorite speakers by MeetingsNet.

Mattison will arm LTEN members with exciting and visionary information on the workplace, with an emphasis on managing talent. If you stay with us through Thursday morning, you’re in for a real treat.

On the Main Stage

David Fortanbary, LTEN Board president and head of U.S. performance training for UCB, will welcome attendees on Tuesday, June 4. He’ll kick off the program with opening remarks before introducing the first keynote speaker.

On Wednesday, June 5, Greg Adamson, LTEN Board vice president, will host the main stage activities. Adamson, senior director of sales training for Philips and vice president of the LTEN Board, will emcee the 5th Annual LTEN Excellence Awards, as well as introducing the second of the conference’s keynote speakers.

Finally, join us on Thursday, June 6, as we wrap up the event. Carol Wells, former LTEN Board of Directors president and senior director, commercial, medical affairs, government affairs training and development for Genentech will introduce the final keynote speaker and the LTEN Talks presenters.